How to Build Muscles At Home With Drop Sets 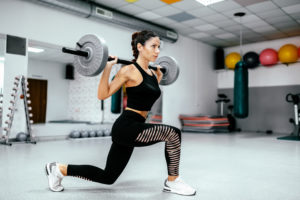 If your hypertrophy training has reached a plateau and your muscles aren’t growing as much as they were, it’s time to train them in a different way. You can change training variables by adding more sets, more reps, by changing the tempo, by increasing the resistance, changing the order of the exercises, but, sometimes, you need a more advanced training technique to wake up your muscles and encourage them to grow. Muscles adapt to the stress you place on them. If you keep training them the same way each time, they’ll stop growing.

Is there another option? One type of advanced training technique, backed by science, that can jump-start muscle growth is drop sets. It’s a way to wake up your muscles and jolt them out of complacency. Serious bodybuilders use this technique all the time.

What is a Drop Set?

A drop set is where you do a strength exercise using a certain weight, usually between 60 percent to 80 percent of one-rep max, until the muscle fails. Failure is defined as the point where the muscle is unable to generate enough force to move a given load.

For example, if you’re doing biceps curls, you do as many reps as you can holding a 30-pound dumbbell in each hand. At some point, you’ll be unable to do another rep. That’s the point that failure steps in. You typically want to choose a resistance that allows you to do 8 to 10 reps before muscle failure.

With a drop set, you complete the set to failure, but rather than stopping, grab a resistance that’s around 20 percent lighter. For the biceps curls above, you’d place a 24-pound dumbbell in each hand and complete another set. Again, you do as many repetitions as you can until you can’t do any more reps.

But, wait, there’s a third set! After failing on the second set, again, grab a resistance that’s 20 percent lighter. In this case, 20 pounds in each hand. Now, do another set to failure. Whew! That’s fatiguing to your muscles! In fact, your muscles should be exhausted. That’s why drop sets are so effective, they thoroughly exhaust the muscles.

When doing drop sets, keep your rest periods as short as possible. If you can’t complete a full 3-set drop set (3 drops in weight), start with two and work up to three. Don’t do drop sets every time you train and don’t attempt them when you’re just starting out. Do standard sets for six months or so and build up a baseline level of strength. Then, when your muscles have adapted to straight sets, add an extra challenge by introducing drop sets. You can do drop sets with single-joint exercises, like biceps curls, or multi-joint moves, like squats, but start with single joint movements, like curls, in the beginning.

Drop sets work because they force our muscles to work to failure and challenge them to work to failure again and a third time. This increases the stimulus you place on the muscles. Some research suggests that hitting the muscles hard in this way boosts the release of key muscle-building hormones, including growth hormone and testosterone.

Drop sets are an advanced training technique with science behind them. In fact, a 2018 study found that one set of drop sets was comparable in muscle gains to doing three conventional sets. So, drop sets aren’t “bro science.” They’re a proven technique for boosting muscle gains. Using drop sets is particularly beneficial for busting through hypertrophy plateaus where your muscles either stop growing or the gains start to dwindle.

To Sum It Up

Drop sets are an advanced training method to keep in your back pocket when you need to shake up your training. It’s a technique that takes a set to failure more than one time and it’s a powerful formula for boosting your gains. That’s because some studies show training to failure can boost muscle hypertrophy more than not taking sets to failure. Take advantage of this high-powered training technique.