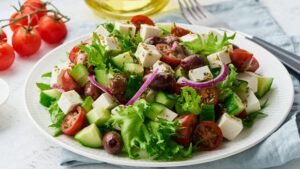 From low carb to high carb, low fat to high fat. intermittent fasting, and detox of every major, the is  diet for everyone. However, regardless of the diet you decide to try out, if you have high blood pressure you need to be very mindful of the amount of salt in the food you eat.

If you are prone to have high blood pressure, or you

When you talk about spices and all the little ingredients we add to our food to make it taste better, inevitably we talk about sugar and salt. While sugar is mostly used when cooking something sweet, usually desserts, salt is used in almost every dish we make. Even when we don’t add it, we are still consuming it. This is because salt and other ingredients rich in sodium are used in many canned and processed foods.
We often hear how too much salt is bad for our health because it increases our blood pressure causing many other issues and health problems.  During these discussions we often hear two terms: salt and sodium.
Since people quite often use these two terms salt and sodium interchangeably, many people believe that salt and sodium are roughly the same; however, they aren’t the same.
Salt (by which we mean the table salt) is a mineral primarily composed of sodium chloride (NaCl): or to be more precise, the table salt consists of 40% sodium and 60% chloride.
Usually, 90% of the sodium we consume comes in the form of sodium chloride, and lesser part from sodium bicarbonate (also known as baking soda). Sodium is a soft, silvery-white, highly reactive metal. Salt and other similar sodium-containing ingredients are used in almost all food (especially processed, canned food) because they help to preserve that food as well as enrich its texture, color, and taste. Nevertheless, the fact that it is used a lot in the preparation of food, doesn’t make this ingredient healthy. In fact, we need to be careful with the dose of sodium we take because it can cause some serious health issues.

How does sodium influence our blood pressure and body?

Probably you have heard this from the doctor and from many nutritionists or people who are careful with what they consume, that sodium is not healthy it can be quite dangerous, and we need to limit our intake of it if we want to avoid having serious health issues. And you wonder is it another exaggeration or is this true?

So, how dangerous is sodium?

The answer is deadly dangerous: a new study estimates 1.65 million deaths a year are attributable to sodium intake. And this is not just an American issue, it is a global issue. According to a new study published in the New England Journal of Medicine, people worldwide consume an average of 3,950 milligrams of sodium a day. Of course, there is a difference and this number varies from 2000 to 5500 milligrams depending on which region and country we are talking about, but still, the global average, 3950 milligrams is almost double of what the World Health Organization recommends: no more than 1,500 (maximum 2000 mg) per day for most adults. In comparison, on average, Americans eat more than 3,400 milligrams of sodium each day, which is more than double the recommended dose.

This difference in what our body needs and how much we actually consume sodium, leads to shocking, devastating statistics: about 1.65 million deaths from cardiovascular disease each year can be attributed to sodium consumption. This puts sodium in the spotlight, marking it as the serious causer of several major deadly diseases.

How does sodium affect our blood pressure and our body?

When we consume sodium, it enters our bloodstream and wrecks its delicate balance: our kidneys are responsible for holding and releasing water, but when we consume more sodium, sodium influences our kidneys and they start to store/hold on to more water.
Our kidneys use osmosis – a delicate process that relies on the balance of sodium and potassium to pull the water across a wall of cells from the bloodstream into a collecting channel that leads to the bladder to draw the extra water out of our blood. When the delicate balance of sodium /potassium is interrupted because of excess sodium, the process of osmosis is interrupted as well and our kidneys are not able to properly reduce the extra fluids.

The extra water is extra fluid and extra strain on the delicate blood vessels leading to the kidneys. As a result, our blood pressure rises.
With time, this extra strain caused by excess sodium damages our kidneys; furthermore, the extra strain raises our blood pressure, and our arteries try to cope with this extra pressure by becoming stronger and thicker; and this is far from ideal as when the arteries become stronger and thicker the space inside them becomes even smaller, which makes blood circulation even heavier, which raises the blood pressure even more. This cycle of increasing blood pressure leads to arteries bursting or becoming so narrow that they clog entirely; this further leads to our heart getting less blood, causing additional troubles and hearth issues such as angina.

If we lower the sodium intake, the blood pressure will lower as well, and this may help to alleviate some of the problems and reduce the risk of greater damage.

How to lower the sodium intake?

If you want to lower your blood pressure quickly then you need to become obsessive of the hidden sodium.   The more processed the food is, the higher the sodium content.. That’s because sodium is used as a way to preserve the food and make it last longer. Here is a list of foods high in sodium:

These products: ham, bacon, salami, pepperoni, jerky, pork rinds, hot dogs and sausages are especially high in sodium because a large amount of sodium-containing ingredients are used in the production process. Here is the amount of sodium these foods have:

• Sandwiches, Toasts, Pizzas, Fast foods;
They have multi ingredients, and like many multi ingredients foods, they are rich in sodium, because the bread, processed meat (or ham, salami, etc.) and processed cheese are all foods rich in high sodium. When combined, all these ingredients add up quickly the sodium intake. Here are some examples of typical sandwiches, pizzas or fast food:

• Canned Meats, Poultry, Seafood
Canned meats are higher in sodium than their fresh counterparts, so: