What Are the Benefits of Superba Krill Oil? 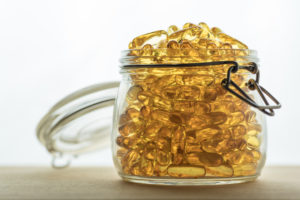 What Are the Benefits of Superba Krill Oil?

Superba krill oil comes from a specific krill species called Euphausia superba. Krill are tiny, shrimp-like sea creatures that feed on algae rich in omega-3 fatty acids, including EPA and DHA. The omega-3s in krill oil are bound to phospholipids, which makes them more absorbable than other sources of omega-3. This allows them to efficiently improve the health of cells throughout the body, from the joints to the heart and the brain.

Studies found that krill oil lowers levels of LDL (“bad”) cholesterol and triglycerides, while increasing levels of  HDL (“good”) cholesterol. Krill oil is also proven to lower blood pressure in animals with high blood pressure. These actions combined work to lower the risk of heart disease and help protect those already at risk.

Krill oil has been shown to inhibit the proliferation of human colorectal cancer cells without the side effects of traditional cancer therapies. This finding suggests Superba krill oil is useful for cancer prevention and potentially even the treatment of it.

Chronic inflammation can lead to diseases such as cancers and rheumatoid arthritis. Superba krill oil helps keep inflammation at bay and has been shown to reduce inflammation, relieve joint pain and improve range of motion in arthritis patients.

Superba krill oil boosts brain health in both the old and the young. The DHA found abundantly and in an absorbable form within krill oil is required for children’s brain development. Superba krill oil also slows the decline of brain function in seniors and has been shown to improve memory. The high antioxidant content of Superba krill oil protects the brain from oxidative damage and can help prevent schizophrenia, dementia, epilepsy and autism.

Studies at Purdue University suggest that children deficient in omega-3s are much more prone to behavior problems, hyperactivity and inattention. DHA nourishes the cerebral cortex, which is the part of the brain in charge of attention span and impulse control. Research found that children with ADHD who supplemented with 500 mg of krill oil for six months experienced a 60 percent increase in concentration.

Omega-3 essential fats benefit human health in many ways, but the body doesn’t produce them naturally. Thus, you need to acquire them through food or supplements to avoid deficiency. Superba krill oil may be the best option for omega-3 supplementation, since it’s highly absorbable, contains more EPA than fish oil, and offers additional antioxidant benefits.