How Does Cinnamon Lower Blood Sugar? 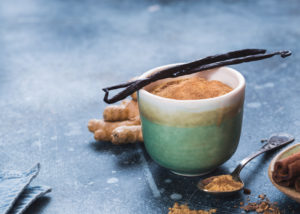 The Effects of Cinnamon on Diabetes

Type II Diabetes usually occurs in middle aged people when their body develops resistance to insulin. This type of diabetes usually requires medication to bring the blood sugar under control. If you have been diagnosed DM II, this might be you. An exciting household remedy which has been under investigation for the past few years is the use of cinnamon in the control of diabetes. The initial studies have not been conducted on large groups of people but it has been seen that the blood sugar levels of persons who take about a gram of cinnamon a day drops by an average of 20%.

At one time cinnamon was a precious spice that was thought to have great medicinal properties. Ancient civilizations knew that cinnamon could retard bacteria growth. It was used for embalming purposes in early Egyptian times and it was mixed with warm water and cloves during the middle ages and placed in the rooms of those suffering from the Bubonic Plague.

Fast forward to now, recent scientific studies have proven that cinnamon does indeed have medicinal qualities and that it favorably affects function of the brain. The big news is that researchers in Maryland were testing foods to see what effect they had on blood glucose levels. What they discovered was amazing. They found that cinnamon flavored apple pie actually decreased blood glucose levels.

When the scientists discovered this, they decided to research the effect of cinnamon on diabetics further. They tested 60 people in Pakistan. All of those who took part in the study were type 2 diabetics and they were all on medication to lower their blood sugar levels. None were taking insulin. These people were administered small doses of cinnamon – between ¼ teaspoon and 2 teaspoons daily – for forty days. Researchers concluded that cinnamon increased the natural output of insulin, lowered blood sugar levels and also lowered LDL (bad) cholesterol. HDL (good) cholesterol was not reduced.

Cinnamon, which is commonly used as a spice in Indian cooking, baking and can be splashed on your favorite latte, is the bark of the Cinnamon cassia tree. It is sold as pieces or rolls of bark or as cinnamon powder and has a sweetish spicy taste. Research has established that the blood sugar lowering property of cinnamon is found in its water soluble components and not in cinnamon oil. Further, heat does not affect the blood sugar lowering properties of cinnamon. This makes it easy to reap the benefits of the spice by having it in the form of cinnamon tea or using it in cooking.

Cinnamon powder can also be consumed directly by itself though the taste can be a little sharp. At breakfast time cinnamon powder can be added to orange juice, coffee before it is brewed or to oatmeal. Introduce cinnamon during lunch by adding it to meats and salads. Half a spoon of cinnamon powder or a few cinnamon sticks can be either soaked in tea or coffee or boiled in water. After boiling the water for a few minutes, the solids are allowed to settle at the bottom and the liquid makes a delicious, clear tea.

Research has shown that half a spoon of cinnamon powder, which is equivalent to one gram, can significantly lower the blood sugar levels of diabetic patients. Its active ingredient known as hydroxychalcone is believed to enhance the effect of insulin. It is also supposed to help promote glucose uptake into cells and tissues of the body, thus lowering the level of glucose circulating in the blood. Further, it may even promote the formation of glycogen, which is the form in which glucose is stored in the body.

In addition to lowering blood sugar levels, cinnamon also reduces the Total Cholesterol, LDL Cholesterol and Triglyceride levels in the blood, all of which are often raised in Type II Diabetes and certain heart conditions. However, it has no effect on the blood sugar levels or cholesterol levels of post-menopusal women. It is also not advisable for pregnant women to take cinnamon in excess.

While cinnamon has been seen to lower the blood sugar levels of persons who take oral hypoglycemic medication and those who take insulin injections, it surprisingly has no effect on the Glycosylated Hemoglobin or HbA1C level.This a test which indicates how well blood sugar has been controlled over a period of three months. Research has also shown that the quantity of cinnamon taken does not alter its sugar lowering effect significantly. The effect is the same for 1 gram or 3 grams of cinnamon.

The findings of this study brings great news to people who are susceptible to insulin resistance. Improving cholesterol ratios and lowering blood glucose levels can often reverse insulin resistance, which in turn can assist in weight loss. Diabetes is often associated with excess weight and obesity.

If you are on any medication for diabetes or other ailments you should not take large amounts of cinnamon without consulting your doctor. The dosage of medication may have to adjusted in these cases. Further, in certain medical conditions the chemicals present in cinnamon may even interfere with the prescribed medication.