What Is Salt Used For? 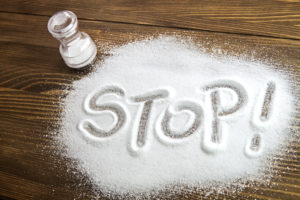 It is something that almost everyone keeps in their kitchen. It is the fresh, sharp taste of the breeze coming off the seashore. It is necessary in our world so that “life may always have flavor,” according to the famous and heart-warming 1946 American movie, It’s a Wonderful Life. So what is salt, how is it produced and used, how does it affect our health, and how can we use it wisely?

Salt is a water-soluble crystalline compound otherwise known as sodium chloride, with the chemical symbol NaCl. It looks white when it is in small crystal form, and transparent when seen as large crystals. It is found naturally in sea water and as rock salt.

Salt is produced by evaporating sea water and underground salt deposits, and by mining rock salt. It is the world’s most plentiful non-metallic mineral, and although the world uses over 250 million metric tonnes each year, scientific estimates cannot predict a time when the supply will run out. This is because the amounts found naturally underground and in the ocean are immense, and some salt is naturally recycled in nature.

Sodium chloride has many uses, some commonly known, and others more obscure.

Sodium chloride is necessary for the health of the body, assisting with the maintenance of fluid and electrolyte balance, the relaxation of muscles, the regulating of blood pressure, and the transmission of nerve signals. A deficiency of sodium chloride might occur due to extended periods of vomiting or diarrhea, overuse of diuretics (expelling water from the body quickly), a very high fluid intake (diluting the existing sodium chloride), or as a result of kidney problems or some types of cancer. Symptoms of deficiency are: nausea or vomiting, headache, dizziness or fainting, disorientation and muscle cramps. In extreme cases, seizures, brain damage, coma and death could occur.

More common, however, are the health issues caused by excessive use of salt. It is a well-known fact that a growing number of the world’s population consume a diet which features a high intake of salt. The increased production and consumption of processed food is widely blamed for this unhealthy trend, as well as the popularity of fast food, and the tendency to overeat in general. Salt is added in significant amounts to processed food like salted meat, dairy products like margarine, bottled sauces and pre-prepared meals. Snacks such as chips, nuts, muesli bars and confectionery are also labeled as high-sodium products. In fact, more than eighty percent of the salt in our food is added at the table, while cooking, during processing, or in restaurant meals or fast food. Only a small amount is found naturally in our food, and this is usually as much as the body needs.

Too much salt in the diet can result in high blood pressure, which in turn increases the risk of kidney disease, and cardiovascular problems such as stroke and heart disease. This is especially relevant to those already susceptible due to existing health conditions or old age. The body knows to regulate the amount of salt in our system, and we develop thirst if our salt levels are too high, signaling the need for more water to dilute it.

An average teenager or adult requires approximately 1500 mg of sodium daily, while children require around 1000-1200 mg each day. 2300 mg is the upper limit that an adult can have in a day, and exceeding this amount increases the risk of developing health issues. Approximately 40% of salt is called sodium, so when assessing the amounts in food, it is the sodium levels that are often counted.

With some thought, however, it is easy to make the right choices and reduce our salt intake if we need to, while still enjoying the essential benefits that salt provides for our body.

While salt remains both a friend and a foe, it is still an integral part of the daily maintenance of our body’s health, and a major contributor in the manufacturing of a huge amount of the world’s man-made products. Using it wisely is best, and keeping it to a safe level in our diet is important for a healthy, happy life.

Tags: plentiful nonmetallic mineralSalt is a water-soluble crystalline compoundWhat Is Salt Used For?