Is Avocado Oil Good For You? 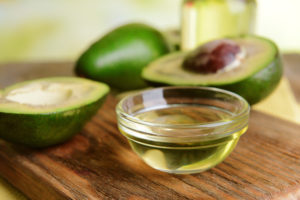 Everything we know about Avocado Seed Oil

When looking for alternatives to the popular, yet unhealthy vegetable and canola oils, avocado seed oil has probably crossed your radar. But what is it about avocado seed oil that is making it more and more popular among home users, and how can it benefit you?

All this and more will be discussed in this breakdown of everything we know about avocado seed oil. Let’s get started!

Avocado seed oil has been a part of Mexican traditional medicine for years and is used to treat anything from diarrhea to asthma, to skin problems and for greasing hair.

First things first is that avocado seed oil comes from avocados. Dead giveaway, right? But don’t think you can make this oil in the same way you do your grandma’s world-famous guacamole.

You can make avocado seed oil at home by removing the skin and pulp away from the seed/pit and allowing it to dry. Then, using a mallet, crush the pit into smaller pieces and add them to the cold-press device of your choice to extract your oil.

Let the oil sit for a few days and scoop off any contaminants that rise to the top. You may also strain it to remove additional impurities. You can also heat the oil at 100°C to remove bacteria and excess oils, but we will take a look at that later.

On an industrial level, the seeds are chopped, then heated too 100-110°C in large containers while being stirred simultaneously. Once roasted, the seeds are pressed until they reach the desired viscosity and density, and are further refined or purified before they get to shelves.

The cold-press method takes longer, but it is the healthiest extraction method when it comes to any seed oil. If you don’t see the words cold-pressed on the bottle or container, chances are the latter method was used, and it may even contain some solvents and chemicals used to manufacture and preserve the oil.

Is it the same thing as avocado oil?

The short answer to this question is no. While they come from the same fruit, they are made in different ways and have different properties.

Unlike avocado seed oil which is made from the seed/pit of the avocado fruit, what we call “avocado oil” is made from the pulp or the fleshy green part that we use to make guac. Instead of being cold-pressed like the seed, the flesh/skin can be made into oil in three different ways:

These are at-home methods for making avocado oil. On an industrial scale, extraction methods vary and they typically contain more than just avocado oil.

Avocado oil is more widely used than avocado seed oil, in fact, not many people are aware that the seed is very useful and just end up throwing it away. But since we have distinguished between the two, it is time to delve deeper into avocado seed oil and what we actually know about it.

Avocado seed oil is used for so many purposes, that you might even be surprised at its versatility.

Aside from acting as a carrier oil for other flavors and increasing the absorption rate of vitamins and nutrient when eaten, some common uses of avocado seed oil include:

Avocado seed oil has anti-inflammatory properties. This is due to high levels of catechins and procyanidins which can reduce joint pain, aches, and soreness, along with swelling and loss of joint function. To reap this benefit, the oil is massaged into the skin by itself or added to other oils or creams.

Originally extracted for cosmetic purposes, avocado seed oil contains a number of antioxidants which help to rebuild collagen which in turn helps to improve the texture and appearance of the skin. Avocado seed oil is also a great natural alternative to sunscreen, especially if you are allergic to some of the ingredients found in store-bought sunscreen.

It can also be used to speed up the rate at which wounds heal and to treat stretch marks. If you suffer from psoriasis or eczema then you might want to check it out.

Shampoos containing avocado seed oil, or the raw oil itself is useful for thickening but also softening the hair, along with preventing graying and breakage. It also improves scalp health and can combat dry scalp or dandruff.

The phenolic compounds, flavanol, and polyphenols present in avocado seed oil play a very important role in preventing cancer and tumor growth. They may also help to relieve some of the symptoms experienced by cancer patients.

Avocado seed oil is similar to olive oil, in that they both share a monounsaturated fat profile. This is “good” fat.

The vibrant orange-colored avocado oil has a strong, fatty odor.

Its taste has been described as a lingering avocado-like, but almost grassy-butter/mushroom flavor.

Both refined and unrefined avocado seed oil has a high smoke point of 249°C – 271°C due to its low acidity. This makes it suitable for cooking.

There are many advantages to using avocado seed oil over many other popular types of oils. Some of these benefits include:

We can’t look at the benefits of using avocado seed oil without looking at the drawbacks. Here are a few:

Since it has a high smoke point, avocado seed oil is perfect for frying, sautéing, searing, stir-frying, baking, roasting and baking.

However, since avocado seed oil hasn’t been given the good-to-go signal, it is probably best that you use it in small quantities, as a topper and not necessarily for deep frying.

A great alternative to avocado seed oil is to grate the seed itself and add it to another oil, such as olive oil to reap its benefits. You can also add it to smoothies and curries for a little oomph.

Sure, avocado seed oil has its benefits, but don’t just go adding it to every single thing you can get your hands on. Maybe once in a while and in small amounts until everything is conclusive.