Is Coconut Oil Good For Your Health? 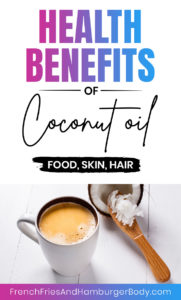 Coconut Oil and your health

Surely you have heard about coconut oil and all its supposed health benefits from being the most heart-healthy cooking oil you can buy to being a weight-loss elixir. You may have even used it while cooking yourself.

But when it comes to oils, there is a lot of misinformation circulating which might even make you skeptical about some of these claims.

Look no further as we will be taking a closer look at coconut oil and all the facts surrounding it, starting with where it comes from.

Coconut oil, otherwise known as copra oil, is derived from the kernel or meat of coconuts. It can be extracted by one of two processes, the dry process or the wet process.

The dry process involves removing all the meat from the coconut shell and drying them using fire, sunlight, or a large baking oven known as a kiln. This creates what is known as copra which is then cold-pressed or treated with chemical solvents to extract the oil. These chemical solvents include hexane which increases yield by upwards of 10%. The crude coconut oil is then refined to remove impurities and certain fatty acids.

The wet process, on the other hand, does not involve the drying stage. Coconut milk is extracted from the coconut which creates an emulsion of oil and water. In order to separate the oil from the water, the emulsion can be boiled for a long time until all the water is evaporated. Other ways to separate the oil include using centrifuges, steam distillation, acids, enzymes and so forth.

The oil can further be processed by going through a stage known as hydrogenation. This increases its shelf life and smoke point to make it suitable for cooking purposes.

Coconut oil is used widely in cooking, especially in baked goods due to its distinct flavor. However, it has found many uses outside of the kitchen. These include:

Coconut oil is rich in antioxidants and fatty acids which helps to protect our hair and skin from damage.

When used in hair, coconut oil helps hair to retain its moisture and to prevent frizz. It also protects the hair strands from protein loss which helps to keep them strong and healthy. Coconut oil is also able to combat dry scalp and dandruff by keeping the scalp hydrated. It can even revive damaged hair.

Coconut oil is rich in lauric acid, a fatty acid which helps to combat dry skin and can also speed up healing and collagen production. It also has antioxidant and anti-inflammatory properties which are useful in treating skin conditions such as dermatitis, eczema, and psoriasis.

Coconut oil is also a great carrier oil. A carrier oil is one that can absorb into the skin readily, and as a result, other herbs and extracts are added into it facilitate their absorption. For this reason, coconut oil acts as a base for many skincare products such as lotions, creams, and soaps.

However, it is comedogenic. This means that if used excessively, it can clog pores and cause acne.

Coconut oil contains fatty acids which can help to boost brain function in Alzheimer’s patients and alleviate symptoms of dementia. Ketone, a component of coconut oil, helps to improve memory, specifically in the areas of language and orientation.

Using coconut oil can provide relief from the symptoms of internal and external yeast infections caused by the overgrowth of a yeast known as Candida Albicans. This is because the capric acid, lauric acid, myristic acid, caprylic acid, and caproic acid help to kill this yeast gradually.

Coconut oil has microbial effects which can help to prevent illness and infection. It can help to eliminate the viruses which cause influenza, measles, and herpes, along with bacteria which causes urinary tract infections and pneumonia.

Yeast and fungi which cause ringworm, athlete’s foot and diaper rash can also be eliminated by using coconut oil.

Coconut oil can also be used for dental health in oil pulling, as it is able to combat plaque and gingivitis and destroy bacteria. Others claim it can also be used for teeth whitening and decreasing teeth sensitivity but there isn’t enough evidence to support this claim.

One tablespoon of coconut oil contains:

Coconut oil contains no fiber or cholesterol. It does, however, contain plant sterol which can mimic blood cholesterol and can help to block the absorption of cholesterol in the body.

Coconut oil also contains vitamins E and K, and minerals such as calcium, iron, and zinc.

Coconut oil is 100% fat. Of this 100%, around 90% are saturated fats. Half of the saturated fats are lauric acid, while the remainder consists of myristic acid, palmitic acid, and caprylic acid.

Virgin coconut oil has a slight coconut/ nutty taste and aroma. When refined, the taste and flavor are much milder and more neutral.

Coconut oil is indeed a trendy fat/oil. Here are some of its benefits that have been proven to be true:

• It’s great for the skin and hair- Both men and women from many different cultures have used coconut oil in their hair and on their skin for generations because helps to keep both the skin and hair hydrated and acts as a protective barrier.• It tastes great- Coconut oil that hasn’t undergone many stages of processing has a great flavor that makes baked good especially taste great. It can also add extra flavor to stir-fried vegetables and salads.• It has antimicrobial, antioxidant and anti-inflammatory properties- It can be used topically to fight fungus and bacteria, and enhance the appearance of skin. When ingested, it can also be used to clear up the symptoms of conditions such as urinary tract infections and stomach yeast.

There is good and bad in everything and coconut oil is no exception. Here are some of its cons:

• It is high in saturated fats- At 12 grams of saturated fat per tablespoon, coconut oil is sitting just at the recommended daily limit of 12g. Additionally, studies conducted have shown that coconut oil raises the LDL or bad cholesterol levels.  • It can be expensive- Coconut oil, especially virgin coconut oil, is much more expensive than other cooking oils (even olive oil). • Studies conducted are inconclusive- While there have been many claims made about coconut oil, not all of them have been backed up by science, so you can’t be entirely sure about its benefits. Plus, the majority of these studies have not been conducted on humans so you should take it with a grain of salt.

Because it has a relatively low smoke point, Virgin or Extra Virgin Coconut oil can be used to sauté vegetables. It can also be added to sauces and curries to enhance flavor, or be used in baking.

Coconut oil can also be added to your morning coffee for a boost, or into your smoothies for added flavor.

With a higher smoke point, refined coconut oil may be used for deep frying, however, trans fats and free radicals can be created in the process.

A great alternative to coconut oil is olive oil. It is much healthier and has far less saturated fats and more conclusive benefits.

Rice Bran Oil and peanut oil can be used as a substitute when stir-frying. Sunflower Oil, Corn Oil, and Canola oil are the best choices for high heat-cooking.

• Health bodies such as the Food and Drug Administration (FDA), World Health Organization (WHO) and the American Heart Association (AHA) all advise against the consumption of coconut oil because it is so high in saturated fat. • Because of its high saturated fat content, coconut oil takes a longer time to oxide and can last for six months at 75°F(or 24°C). Store it in a cool, dry place or in a sealed container in your refrigerator.• Coconut oil is solid at room temperature because it is comprised mainly of saturated fat. It melts at 78°F, so stir well before using if it has liquified.• When using coconut oil as a substitute for butter or shortening, use 25% less than the amount specified in the recipe as coconut oil has a higher percentage of fat solids.

Coconut is without a doubt one of Earth’s “Superfoods” as its byproducts can be used for many different purposes. However, coconut oil is not worth switching to completely. You can keep it in your cupboard, just don’t go using it in every meal.