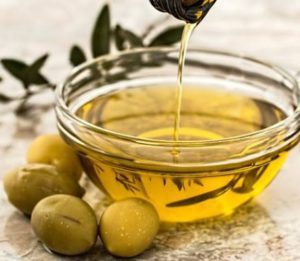 Babassu oil, also known as cusi oil or babassu wax, is said to have many health benefits ranging from an improved appearance of the skin, nails, and hair, to preventing inflammation and lowering cholesterol levels. When used as advised, there are very little side effects and health complications.

Does this make babassu oil the right choice for you, and is it edible? This article should answer all your questions.

Babassu oil comes from the South American babassu plant, grown primarily in the Amazon region. The babassu plant is a tall, evergreen palm tree native to Northeastern Brazil which is used for many purposes such as making fuel, flour, oil, building materials, and mats.

Similar in composition to coconut oil, Babassu oil is highly sought after for its versatility and fat content and has even begun to replace coconut oil in many cosmetic products such as lip balms, soaps, hair conditioners, and body butters.

To get the oil from the babassu plant, the seeds are cold-pressed to extract the nutrient-rich oil contained within them. At room temperature, babassu oil is solid and has a creamy white appearance. The oil melts when applied to the skin and turns into a pale-yellow liquid.

Babassu oil is used widely in the Amazon region as a cooking oil. It is also used for:

When applied topically, Babassu oil has the potential to reduce inflammation. This is owed to its lauric acid component, which makes up approximately 50% of the fats in babassu oil. Babassu oil can be used to soothe allergic reactions, swelling, insect bites, burns, scrapes and other minor instances of inflammation of the skin.

Natives of the Amazon rainforest are also said to use babassu oil for treating vaginal wounds and inflammation caused by yeast infections.

Babassu oil boasts an ideal balance of healthy fats such as myristic, lauric and oleic acids which can help to reduce blood pressure and cholesterol levels. If you are at risk of developing cardiovascular disease, incorporating babassu oil into your diet can lessen your chances and put you back on track to living a heart-healthy lifestyle.

In South America, Babassu oil is a common natural remedy for intestinal infections caused by a parasite known as Giardia lamblia. When infected, persons experience nausea, abdominal pain, fatigue, vomiting, and overall discomfort. Using babassu oil helps to alleviate these symptoms and can prevent your body from getting infected with this parasitic worm in the first place.

Using Babassu oil as a hair mask or adding it to your hair care products can result in stronger hair strands that will resist breakage and split ends. It can also promote hair growth and reduce shedding and thinning.

Using babassu oil will give your hair a healthier appearance as it can lock in moisture and prevent frizz. It can also act as a shield from heat and harsh environmental conditions.

When applied to the scalp, babassu oil helps to keep it moisturized. This is crucial if you suffer from dry scalp or dandruff, as it will help to prevent hair loss and itching, and will also stimulate blood flow to your scalp.

If you have a skin condition, such as rosacea, acne or eczema, using babassu oil can be a lifesaver. This is because even a small amount of babassu oil can address the symptoms of these conditions without leaving the skin oily or greasy. Babassu oil also has a fast absorption rate which means that it can treat these symptoms much faster than say coconut oil.

Because of the high levels of fatty acids, Vitamin E, antioxidants and phytosterols in babassu oil, using it on the skin can provide anti-aging benefits such as reducing the appearance of wrinkles and promoting the regeneration of new skin cells which increases its elasticity over time. Using babassu oil can even minimize acne scars and blemishes, leaving with you an even skin tone and youthful radiant skin.

Babassu oil can also be used as a natural deodorant. This is because the oil is antimicrobial in nature and inhibits the growth of bacteria on the skin which is responsible for body odor. It can even act as a carrier oil for essential oils.

Like coconut oil, babassu oil contains myristic acid and lauric acid which act as boosters for cognitive function. These antioxidants can find free radicals lurking in neural pathways and eliminate them, preventing plaque deposition. This, in turn, helps to improve memory and focus.

Hormone imbalances can be caused by numerous factors such as birth control, puberty, medication and even stress. Consuming babassu oil can help to balance out these hormones and prevent mood swings when used in moderation.

Other uses of Babassu oil in the local areas where it is produced include using it as homemade furniture polish, adding it to homemade soaps, as a season for cutting boards to add sheen and prevent bacterial growth and improving pet health.

One tablespoon of babassu oil contains:

Babassu oil is rich in Vitamin E which serves many purposes in the human body. Vitamin E is an important ingredient in many skin care products because of its anti-aging benefits, and its ability to repair and improve the appearance of skin.

Babassu oil is comprised mainly of saturated fats, about 85%.

About 10% is oleic fatty acids which is a monounsaturated fatty acid.

Babassu oil has a soft nutty aroma and a mild taste.

Babassu oil has a high smoke point of 480°F( or 250°C), ideal for high-temperature cooking.

• It is anti-inflammatory- Using babassu oil on the skin can reduce swelling and redness. It can also reduce burning sensations and alleviate pain.• It is anti-fungal- Babassu oil boast anti-fungal properties which can kill popular fungi such as the ones which cause ringworm or yeast infections.• It is anti-viral and anti-bacterial- Using babassu oil can help to prevent the common cold and flu, and can be used to stop the growth of bacteria.• It is cheap- Babassu is grown on a wide scale in South America so its oil is never in short supply, making it as affordable as any other palm oil.

• It can cause weight gain- While babassu oil has many health benefits, it is important to bear in mind that it is still composed of 70% fat. Using too much can contribute to fat deposition and weight gain.• It can cause an allergic reaction- Like many unrefined, concentrated natural oils, using babassu oil topically can cause an allergic reaction. This can include swelling, itchiness, redness, and rashes.• It can have negative effects on the thyroid gland- While babassu oil can be used to regulate hormones, using it excessively can negatively impact the thyroid gland.

With such a high smoke point, babassu oil can be used for high-temperature cooking methods such as frying, but it isn’t the healthiest option.

It is great for stir-frying veggies and is an excellent substituted for coconut oil in recipes that call for it.

Babassu oil makes a great alternative to butter or vegetable oil when baking and can give baked goods a pleasant, nutty aroma.

The most similar oil to babassu oil is coconut oil or any other palm oil.

• If you are at risk of heart attack and stroke, babassu oil can reduce blood clotting and act as a natural blood thinner. However, if you are scheduled for surgery or have a preexisting bleeding disorder, consuming babassu oil regularly can be dangerous to your health.• If you are pregnant, experts strongly advise against using babassu oil as its ability to regulate hormones can have negative impacts on the fetus. • Babassu oil has a long shelf life of around 2-3 years because it is comprised mainly of saturated fat. Once it is stored properly, it is unlikely that it will turn rancid.

Yes, Babassu oil is edible and yes it does have some health benefits.

It is always important to remember that it is high in saturated fats which, when consumed in excess, can have many negative, sometimes irreversible side effects on the body.

Babassu oil isn’t a must-have since there are many other healthy cooking oils with similar and additional health benefits. But getting a bottle isn’t entirely out of the question because it is always nice to try something new.